iPhone 6 Review: It May Be Old, But It’s Still A Fine Phone

The iPhone 6 generation may be more than five years old, but even as it has aged, there are a few reasons it’s still a great phone. At the time of writing, the newest iPhone available is the iPhone 12. That puts the iPhone 6 at several generations old, but it also means you can purchase the older models much cheaper than once before.

The device is available in the $100 range on Amazon compared to the iPhone 12 that costs around $799.

Whether you’re thinking about buying a low-cost iPhone, you really miss your headphone jack, or you’re just curious what the iPhone 6 looked and felt like the day it was released, we’ll cover that for you in this article.

When the iPhone 6 was announced in 2014, Apple advertised it as its first “big” phone. iPhone 6 and iPhone 6s smartphones are 4.7 inches while the iPhone 6 Plus and iPhone 6s Plus are 5.5 inches, although at this point, the iPhone 12 Pro is 8.5 inches, and iPhone Pro Max is 6.5 inches. iPhone 6 series phones are pretty much consistent with the newer iPhones and can update to iOS 13. Only 6s and above can upgrade higher than iOS 13.

You can’t go wrong with an iPhone, and at such a low price compared to newer models, the iPhone 6 is a safe bet.

After years of mocking rivals for producing larger screens, and sticking to its pocket-sized principles, the iPhone 6 release was a shock. It introduced not one larger-screened model, but two: the iPhone 6 with a 4.7-inch screen and the iPhone 6 Plus with a 5.5-inch display.

Some say the manufacturer caved under pressure to produce the larger phone, but years later, we see this was a smart move on the company’s part.

The iPhone 6, the smaller of the two phones, was the more popular option because it didn’t take iPhone 4 & 5 users too far in size. Previous models of the iPhone were incredibly boxy with straight edges and harsh sides. The iPhone 6 was Apple’s first attempt at a smoother more sleek design.

The sheer thinness of the handset makes it pretty comfortable to hold, too. It measures only 7.1mm from front to back, 0.5mm. In comparison to newer phones on the market today, it is much slimmer and easier to hold than other iPhones.

As far as Apple’s flagship phones go, the iPhone 6 was the first in the line to have the power button on the side rather than the top. Essentially, this just made it much easier to use the phone with only one hand which was a big deal in 2014.

Newer iPhones today have a Sleep/Wake button in place of a power button. This means that users need to hold the volume plus side button to power down their phone. If you’re using an iPhone 6 or even 6s, you can completely power down the phone by holding only one button.

If we’re looking back at the release date, the iPhone 6 was also the first iPhone with a protruding camera. After years we’ve become used to the back camera lens preventing the phone from laying flat, but in 2014 users were concerned about possible damage to the lens or even the inability to slide it smoothly into their pockets. Fortunately, this wasn’t such a big issue that Apple couldn’t continue on with the larger cameras on the back.

At the time of release, the sleek industrial design was accompanied by a swathe of upgrades to the hardware inside, but it’s the screen that made the most significant impact. With the increase in size, Apple boosted the iPhone 6’s resolution to 750 x 1,344, giving a pixel density of 327ppi (a mere fraction higher than the iPhone 5s’ 326ppi), and it looks pin-sharp.

Brightness, contrast, and color accuracy were also all exemplary for the time, with the iPhone reaching a maximum brightness of 585cd/m2, gaining an eye-popping 1,423:1 contrast ratio, a highly impressive color accuracy rating with a Delta E of 1.74, and sRGB coverage of 95%. That contrast ratio is particularly remarkable, and a significant improvement on the 5s’ 972:1, lending onscreen images a little more depth and dynamism.

To put it in modern terms, the iPhone 12 screen resolution is much higher at 2532 by 1170 pixels at 460 PPI. This is a vast difference between the iPhone 6 and the iPhone 11. So, as miraculous as this screen was in 2014, it looks incredibly dull by today’s standards.

The iPhone 6, along with its big brother, sports a dual-core A8 CPU, with 1GB of RAM, upgraded graphics, and an M8 motion coprocessor (that’s the low-power chip designed to save energy by monitoring the phone’s sensors). There are models with 16GB, 64GB, and 128GB of storage (but, oddly, no 32GB model). Apple first introduced the barometer to the phone’s line-up of sensors for more accurate reporting of relative altitude and atmospheric pressure.

Anyone who is using an iPhone 6 today will notice a vast difference from when it was first released. Reviewers raved over the seamless experience and faster processor, but with today’s updates slowing down the phone’s RAM, you may notice some lags or glitches.

What the Original Reviewer Had to Say

Moving on to the slightly more demanding Peacekeeper benchmark, I saw a score of 2,533, which was way in front of every other smartphone we’ve tested. It’s the same story in Geekbench 3, with a single-core score of 1,631 that wipes the floor with everything else, and a multi-core score that’s only marginally beaten by the quad-core Qualcomm hardware in the Samsung Galaxy S5.

Given that the iPhone 6 has half the number of cores as the Samsung, it’s still a seriously impressive showing. And as for the GFXBench T-Rex HD gaming test, there’s simply no competition: the only phone capable of beating the iPhone 6’s 51fps is the iPhone 6 Plus, which averaged a silky smooth 53fps despite its higher-resolution Full HD screen.

Perhaps more importantly, the battery life was also excellent at the time of release. The more efficient 20nm CPU certainly helped: playing a 720p video with flight mode on and the screen set to a brightness of 120cd/m2, the battery depleted at 7.5% per hour, while streaming audio continuously from our SoundCloud account over 3G with the screen off reduced capacity at 1.7% per hour.

With that being said, today’s models hold a battery life for much longer time periods while running much more complex processes and programs. Today, the iPhone 6 battery life isn’t expected to run nearly as long as it once did. Why? For starters, the phone no longer runs on a slower 3G speed, in most places you’ll get 4G LTE if not 5G. Next, the newer software updates (including those of applications) will pull much more battery life than they once did.

The good news? You can still get the Apple replaced at an Apple Store. Pricing may vary and you will be paying out-of-pocket for it, but it’s a great little phone with an updated battery.

As with most smartphones, this does depend on your usage, and one thing that hits battery life hard is gaming. In the GFXBench battery test, which loops a 3D OpenGL animation for around half an hour and estimates total runtime, the iPhone 6 achieved a total runtime of 2hrs 29mins. That’s an improvement over the iPhone 5s’ 1hr 52mins (impressive given how many more frames the phone is rendering). However, it still indicates that graphics-heavy gaming will lead to a significantly shorter period between charging sessions.

Apple added NFC (Near Field Communication) to the iPhone 6, which is used solely for the Apple Pay touch credit-card payment system – it isn’t used for Bluetooth pairing. It also uses the phone’s Touch ID fingerprint reader in conjunction with your credit card details to provide increased security.

The iPhone 6 will give you get an 8-megapixel 1/3in backside-illuminated CMOS sensor with 1.5-micron photo sites, and an aperture of f/2.2 – the same as the 5s. Apple’s True Tone flash accompanies it so that indoor shots don’t look washed out and ghostly.

The difference is that the camera now sports several phase-detect autofocus pixels on the sensor’s surface, which are similar to the Galaxy S5 high-end SLR cameras, enabling much faster autofocus.

In practice, what this means is that the iPhone 6 will almost instantly transition from focusing on a subject that’s far away to one that’s close. The iPhone 5s would take a second or so. This feature isn’t a dramatic upgrade, but it makes a big difference with video: the highly effective digital stabilization and super-quick focusing combine to produce stunning Full HD video, with much less focus hunting.

The other major upgrade at the time was the optical image stabilization – available on the iPhone 6’s big brother, the iPhone 6 Plus. Even there, Apple is restricting its use to low-light conditions and stills. It isn’t used in video mode, presumably to save battery life.

The front-facing camera, or “selfie” camera as we’re encouraged to label it these days, also had a small improvement. Although resolution remains the same at 1.2 megapixels, the aperture is a wide f/2.2, which lets in “81% more light,” and there’s also a burst mode to help capture your best side.

It produces more detailed, cleaner self-portraits in low light, but in brighter conditions, you’ll struggle to tell the difference between the iPhone 6 and the 5s.

To round things off, Apple added a handful of features to the camera front-end. Top of the list is a timelapse video feature, which produces top-quality sped-up footage, and there’s also an additional Slo-mo mode, which captures video at 240fps – twice the frame rate of the iPhone 5s. Keep in mind though, that newer models feature higher mega-pixel cameras with better software and multiple lenses.

What About the Software?

The latest edition of iPhone software is iOS 14. Unfortunately, this older model simply isn’t compatible with it. The latest software you can get on the iPhone 6 or iPhone 6 Plus is iOS 12.4.9.

Fortunately, you’ll still have access to many modern features of the software. For example, iOS does include ScreenTime, AR, and of course, Siri. Just beware, as the phone ages, some apps may not be compatible with iOS 12.

The iPhone 6 is a pleasure to use. It’s smaller than many phones offered today, still has a headphone jack and a home button, and seems to work fairly well for light users.

Unfortunately, this model will likely soon become phased out. Not just the older hardware and newer software compatibility issues, this phone will begin to struggle with network connectivity as 5G becomes more prominent. As seen with the older 3G network which was eventually phased out, the iPhone 6 could become nothing more than a wifi-only iPod.

Fortunately, at the time of writing, Apple still offers repair on this model of phone. With a new battery, perhaps a new screen, and a new motherboard, you’re likely to see an improvement in productivity and usability.

If you’re in the market for a low-cost iPhone that still has a home button, consider the iPhone SE. Released in 2020, this model contains updated hardware, better software, and all at a low price.

We will be happy to hear your thoughts 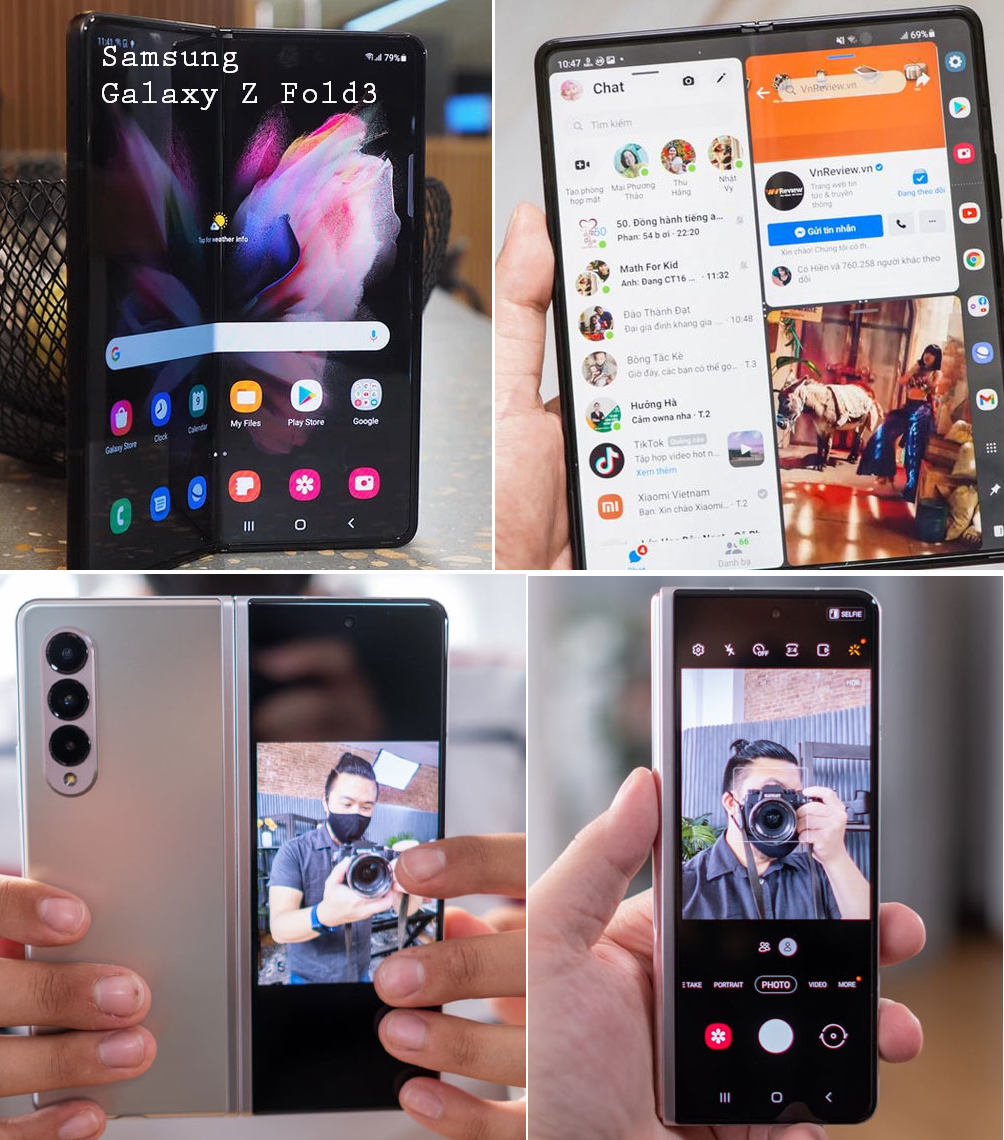 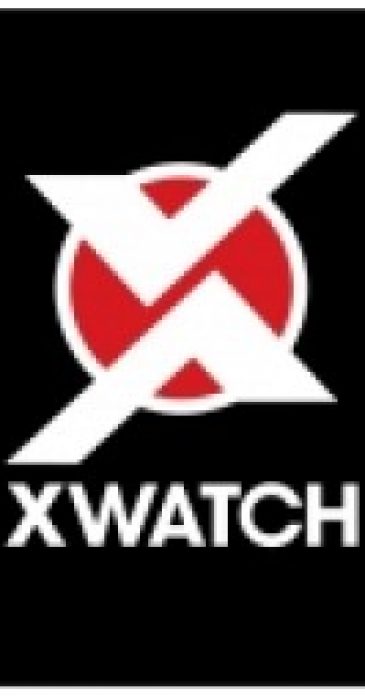 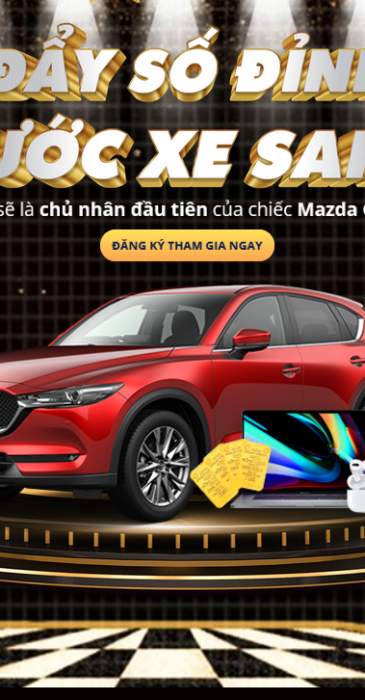